Wow - it's been a long time since I posted here. This does not mean that my life has been sans adventure - quite the opposite. It just means I'm lame when it comes to sharing my adventures!

The latest adventure was a 6-day, 493-mile bike ride with Blaine Chamberlain down the Natchez Trace parkway. We rode from just south of Nashville, TN to Natchez, MS - and it was amazing!!!! Here are a few photos that don't come close to doing the trip justice. (If you click on a photo you can see them larger in a slide show format.)

Day 1: 62 miles on the Trace (these mileages don't include our explorations off the trace or getting to our B&Bs)
Creekview Farm Retreat B&B in Fly/Santa Fe, TN
to
Miss Monetta's B&B in Colinwood, TN

Blaine at the beginning of our ride. 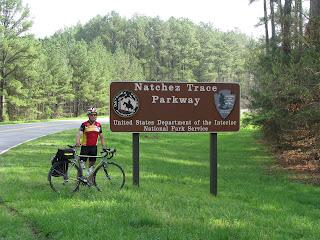 A little hike we took to see a waterfall - which we never actually found. How do you lose a waterfall? 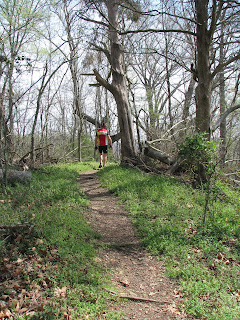 The Trace was a trail that pioneers, native Americans, traders, etc took to get from Natchez to Nashville. It is also where Merriwether Lewis died - some say by suicide, others say he was murdered. 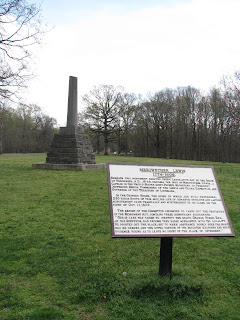 At the Tennessee end of the Trace, the redwood were in full bloom - it was definitely spring! As we rode, we went through dogwood and then ended in complete summer. 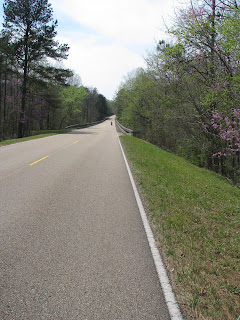 Willowbrook is a stunning horse farm and we stayed in a gorgeous apartment above the stables. There were two other riders there who were coming from the south - Brad and Steve. They were a ton of fun!

This was our only day with rain - the last 30 miles were quite wet. It then poured all night long and we woke to clear skies. (Poor Brad and Steve, however, had ridden up from Natchez in the rain and then took off for a 150-mile day also in the rain. I didn't envy them!) 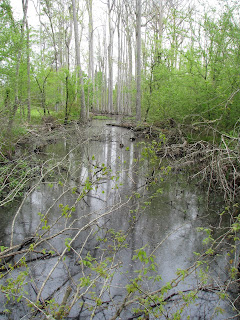 This was our road the whole way - perfect. 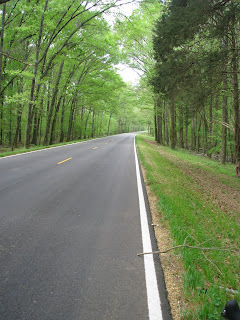 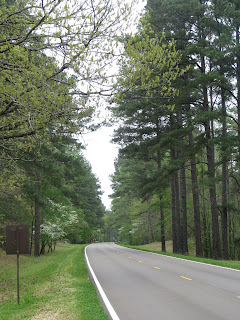 One of our many fun food stops! 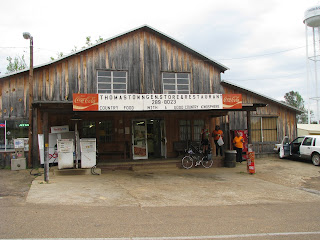 Because of its amazing history, there are historical markers like this all along the Trace - and Blaine and I stopped at every one! 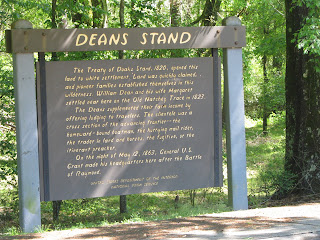 We were so lucky to miss the rain! For all but 30 miles, it was all blue skies and sunshine! 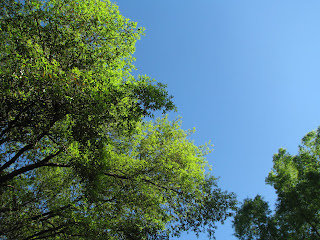 In places, because the soil is so soft and there was so much repetitive use, the trail is sunken up to 30 feet. 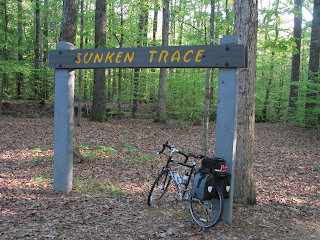 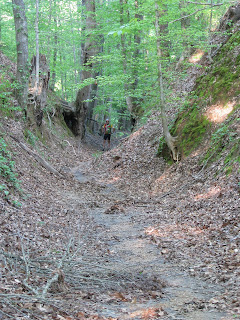 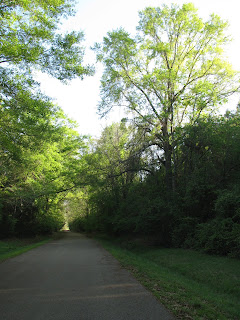 As we left Port Gibson, we took a loop out of town to see the Windsor ruins. This is all that remains of an antebellum mansion that survived the Civil War but burned down shortly thereafter. We also saw a number of indian mounds. On the last day we saw one that was HUGE - the second largest in the country. But it was impossible to really photograph - so you just get this. 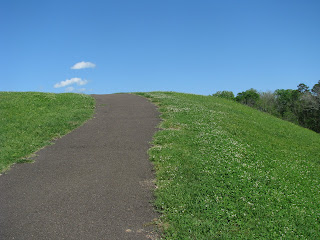 All along the way we stayed at absolutely superb places. I didn't take photos of every place - which I regret. But this is my room in our final spot. This house was built in 1750 and was the home of the Spanish Governor at the time. It is the oldest house in Natchez. Definitely worth the visit if you're ever in Natchez! 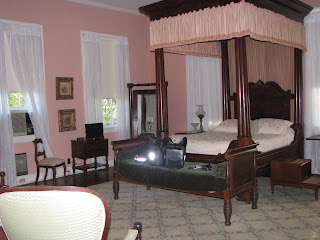 Dinner on our final night on the Trace was in a wonderful little restaurant overlooking the Mississippi River. 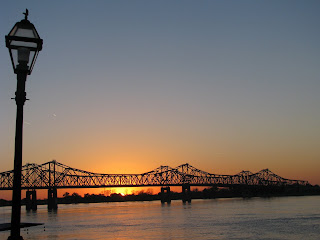 This entire trip was arranged by Randy Fought at http://www.natcheztracetravel.com/
If you're ever traveling that way, I highly recommend you call him!
Posted by MEM at 6:28 AM 2 comments: